“People are afraid of things they don’t understand.”

Superman was never my favorite super hero. So when he’s back on screen with his latest gig, I didn’t plan to join the crowd. Then come this conversation,

Dudu: Ma, aren’t we going to watch Superman?
Me: Yeah… (not excited).
Dudu: Let’s go. I wanna know how he became Superman…. And we have to buy that Superman cup.
Me: Okay… (still not excited)

Andrew/Dudu is always curious on how someone can become a super hero. This past years, he’d been watching Batman (not The Dark Knight though), Spiderman, Thor, Iron Man (so far his favorite) and The Avengers. Now, I guess, it’s Superman’s turn.

So we ended up going, fighting the crowd and managed to score a seat in the front row to watch the (supposedly handsome) Superman. What got me wasn’t what the screen was saying but the conversation we had afterwards. Cos, he, somehow has that “Superman” syndrome. An alien stranded in a different world, with different language and different culture.


Dudu: How far is Kansas from my home town?
Me: Well, 2-hour drive.
Dudu: Oh, it’s not that far.
Me: You’ve been to Kansas, you know. You’ve been to Metropolis. I’ve shown you the pictures.
Dudu: I don’t remember.
(Yeah, he was a little over 1 then)
Dudu: They have corn field.
Me: Missouri has corn field too.

After seeing the tornado scene... and having a brief thought about Dorothy, Toto and the Wizard of Oz, he asked...
Dudu: What’s wrong with Kansas?
Me: There’s nothing there…
(and there’s almost nothing in Missouri too haha…)

Dudu: Why did he cry after killing the bad guy, Ma?
Me: It’s the last person from his planet. His ‘brother’.
Dudu: But this ‘brother’ is a bad guy.
Me: Put it this way… what if you have to kill a fellow American… the only American you know here, to save me, your Indonesian Mom, or your Indonesian friends. Would you do it?
Dudu: (thinking) Yeah, that’s tough.

Dudu: Why Superman doesn’t kill zombies?
Me: Alice (Resident Evil) will be out of job. Everyone has his/her own role in Hollywood.

Eventually, I got to ask questions.
Me: So, do you want to be Superman?
Dudu: I can’t. He’s not human. But I can be Iron Man. I can be smart, rich and inventing stuffs…
(Hopefully minus the playboy part)

Me: I don’t want you to be Superman either. He’s 33, single, jobless and living off his mother.
Dudu: But he has a job, Ma… Superman is saving the world.
(Well… if you call that a job)

But the best part came in the end.
Dudu: The captain said Superman is sexy.
Me: Yeah, I’d agree with her. Superman is hot.
Dudu: But this time he doesn’t wear his underwear outside… 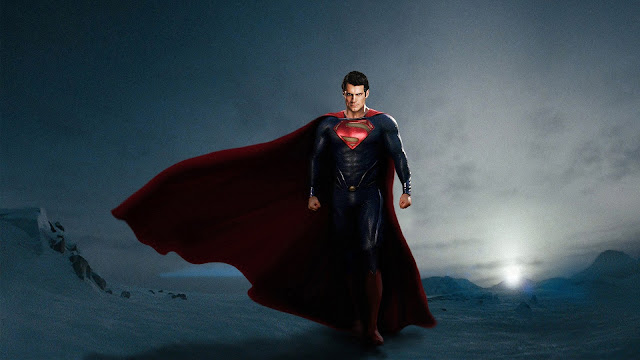